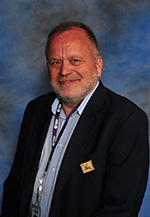 Department Chair Mike Swan (B.A., 1979, M.S., 1998, Journalism and Mass Communications, Iowa State) is a former newspaper sports editor, city editor and editor. He has been a teacher now for more than 30 years. Swan taught high school journalism and English in Iowa and Texas before coming to Butler. He has served as The Grizzly magazine advisor since coming to Butler and as Student Sports Media advisor since the program’s inception. The magazine was named All-Kansas by the Kansas Collegiate Media (KCM) organization in 2016. His students have won numerous print and broadcast awards. Swan is also past-president of KCM. 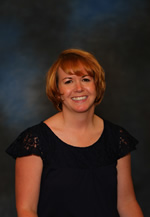 Amy Chastain (B.A., English-Journalism & Public Relations, 2009, M.A.A., Written Communications, 2011, Missouri Western State) has been the adviser for the Lantern newspaper since 2011. The publication has earned numerous Kansas Collegiate Media awards for writing, photography and cartoons, and recently the silver for the All-Kansas Award. The newspaper is a biweekly 12-page newspaper, which is produced by students. On occasion, the newspaper travels to state and national conferences. Chastain has earned the “Student Life Certificate of Appreciation” for Outstanding Student Advocate and Outstanding Instructor Award. She was also a nominee for the 2013 School Bell Award.

While working on her bachelor’s degree, she worked as editor-in-chief, copy editor, assignment editor and staff writer for the university’s yearbook, The Griffon. 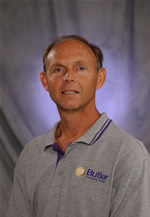 Steve Cless serves as Producer/Director and Station Manager for the college’s television station, BCTV20. He teaches video production and video editing. In addition, he manages the television studio and is responsible for providing student crews for home basketball and football events.

Cless has spent his entire working life in the video production field. He worked for just less than 30 years at the ABC affiliate in Wichita. During that time, he served as producer/director and operations manager. Specific duties while there included commercial producer, newscast director and remote sports director. Cless has also done freelance work for various sports networks, including TVS Sports, the Missouri Valley Broadcasting Network and the Shocker Sports Network. Cless has also been involved with some freelance production work for various production companies in Wichita, specializing in lighting and post production work.