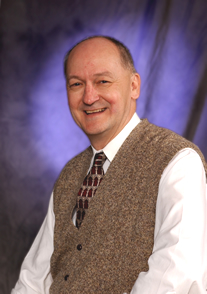 An award winning director, Mr. Peterson is also a published playwright. His plays include Heaven Ajar, a historical fiction dealing with the Coolidge presidency, written in cooperation with President Coolidge’s son, John.

As an actor Mr. Peterson has toured the Orient with the USO, and in regional theatre has played “Salieri” in Amadeus, “Scrooge” in A Christmas Carol, and “Saunders” in Lend Me A Tenor.

In film, Mr. Peterson had a leading role in Miramax’s The Crude Oasis receiving “thumbs up” notices from the New York Times and Variety. Most recently, he appeared in featured roles in Casualties starring Mark Harmon, and The Good Things, winner of the Deauville Film Festival for Best Short Film.

Mr. Peterson has been nationally honored by the Kennedy Center in association with the American College Theatre Festival for his playwriting (Heaven Ajar), Design Work (Hank the Cowdog), and acting (Barbershop Quartet).

In 2006, Mr. Peterson was designated as a Kansas Master Teacher. 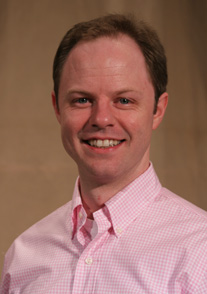 Before joining the Butler faculty, Samuel Sparks worked as a professional freelance director and adjunct faculty in Mississippi, Texas, and Louisiana.  He worked at Rice University, University of Houston, William Carey University, Millsaps College, and Southeastern Louisiana University.  For Butler, Sparks teaches Introduction to Theatre Art, Public Speaking, and Oral Interpretation.  He directs a theatre performance each semester and supervises costumes for all Butler Theatre productions.

Sparks is an active member of the Southeastern Theatre Conference and a twice recipient of SETC’s Leighton Ballew Directing Award.  He holds a MFA in Directing from the University of Houston’s Professional Theatre Training Program.

Mr. Wonsettler joined Butler in 1998 and is head of the Design/Production area for the Theatre Department. He received his Theatre Degree from Emporia State University.  Bernie’s responsibilities include designing sets/lights and costume production. His teaching responsibilities encompass stage craft, stage make-up, theatre practicum and speech. He also oversees and technically directs dance, vocal and instrumental programs.

Before coming to Butler Bernie worked as a theatre professional for 25 years. He has worked for such theatres as Actors Theatre of Louisville, Indiana Repertory Theatre, Vassar Play House, Music Theatre of Wichita, Wichita Children’s Theatre and Wichita Community Theatre. TV and Film credits Include, The Miss USA Pageant and Mary White.