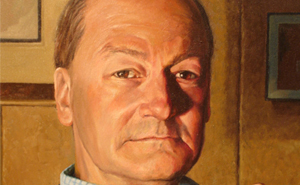 Butler professor Bob Peterson is adding Outstanding Theatre Educator of the Year 2017 to his long list of honors from the fine arts community.

Bob Peterson, Chair of Butler Community College’s Theatre Department, will be awarded the Outstanding Theatre Educator of the Year 2017 award by the Mary Jane Teall Theatre Organization. This award is presented to educators who go above and beyond expectations to bring excellence to their school’s theatre department. Peterson will be honored during an awards ceremony beginning at 7 p.m. on Sept. 25 at Roxy’s Downtown in Wichita.

Peterson, an actor, director and award-winning playwright, has been a faculty member at Butler for 35 years and holds a master’s degree from Emporia State University. He was honored by The Kennedy Center in Washington D.C., in association with the American College Theatre Festival, for his playwriting, acting and design work. In 2006, he was named a Kansas Master Teacher.

Founded in memory of Mary Jane Teall, one of Wichita’s leading theatre artists, the Mary Jane Teall Awards were created to support the theatrical community and recognize outstanding groups and individuals within the group.